Do you struggle with getting your content out there in the world? You’re motivated and excited about your ideas for your business but when it comes to taking action, things just aren’t happening.

You want to make an impact on people’s lives. You’ve got a message that you truly feel that God has put on your heart and you’re passionate about it.

That’s why you started the blog (or the podcast or YouTube channel) in the first place.

But then you find yourself having a hard time actually producing the content needed to really reach and impact people.

You’re excited and even motivated but you’re still not taking the action you need to in your business.

Why is that?? Why don’t you take action?

If you’ve been thinking thoughts like this and are asking “How do I make myself take action in my business”, even though you feel like this is what God wants you to do and you’re excited about it, then this is for you.

I talk about God quite a bit in this post because I really believe He gives all of us a purpose.

I don’t want it to come across as “preachy”, but I really think that when we’re talking about our business, we often think that it doesn’t matter that much what we blog about or that our little Youtube channel idea isn’t that big of a deal (I know I did).

But I want to challenge that idea here.

I encourage you to have an open mind to the possibility that anything God has put on your heart to share with the world, including your blog, is meant for a bigger purpose and we shouldn’t dismiss it as trivial.

This is great news because once you see the value in what you’re doing, then you’ll be able to start taking action in your business like you’ve been wanting to do.

The calling on your heart isn’t random

We’ve all heard about how some people are called to do amazing things in the world like start non-profit organizations or to go into foreign missions.

But just because God hasn’t called you to do something to that level doesn’t mean that what you’re called to do isn’t just as important.

Sometimes God calls us to do things that are more subtle but can still have a huge impact on people’s lives.

Sometimes it’s in the best way we can serve right where we are with our skills and our capabilities.

And while it’s awesome to have a Christian focus in those things, that isn’t always how God is asking you to show up.

You don’t have to be a Christian blogger to let God use your content to serve people.

God can be asking you to show up for a much bigger plan.

Know that only you can talk about it this way

I know that sounds cliche, but it’s true. The topic on your heart is there for a reason, and you should lean into that.

Not everyone has a passion for the same things and that’s for good reason.

One person may love crafts while the next person couldn’t care less about crafts, but loves a good organization project.

If you’ve got something that you just love, then you shouldn’t ignore that.

Sure there are plenty of other posts about that same topic, just like most anything we do, but the critical difference is you. The way you say it, the story you bring to the table.

Recognize how important your message is to others

It’s kind of wild to think about, but there are literally people out there praying for an answer to their issue and you could be the one that writes the blog post that helps answer that prayer. And it doesn’t have to only be the “important” topics that matter.

I know that sounds a little bold, but hear me out on this one.

Maybe someone’s struggling financially and really doesn’t know how they’re going to make it work, so they’re praying about it.

Or the woman that feels like her house is chaos and causes her undue stress so she’s looking for decorating and organizational advice.

Or for the mom that desperately wants a way to stay home with her kids and feels like it’s impossible (this is my calling).

You might think your content is insignificant or that it’s just a way to make money as a business, but it’s so much more than that.

So what is God speaking into your heart that you’ve been pushing away lately?

♦ The inspirational tip that can make you a better mom entrepreneur

♦  7 Mindset Podcasts To Encourage You as a Mompreneur

Figure out what you’re holding back on

A good place to start is probably something that terrifies you.

You had an idea pop into your head that got you so excited, but the more you thought about the more you talked yourself out of it. Or the idea was something that instantly scared you, even though you know it’d be amazing for your people to see/read.

Maybe it’s to go live on Facebook or Youtube and share your thoughts on a challenging topic or to simply share your story. But really, the thought of going live terrifies you and you’re coming up with a ton of reasons why that can wait.

I’ll just write a blog post about it instead. I don’t have time to figure out how to do video right now with all the other things going on. No one will watch anyway since I  don’t have an audience, so I’ll need to build an audience first.

I’ve been there. Believe me when I say that I know how the excuses go. And they don’t feel like excuses but legit reasons to not do something.

But if we’re being honest, it’s just our own fears and insecurities getting in the way. 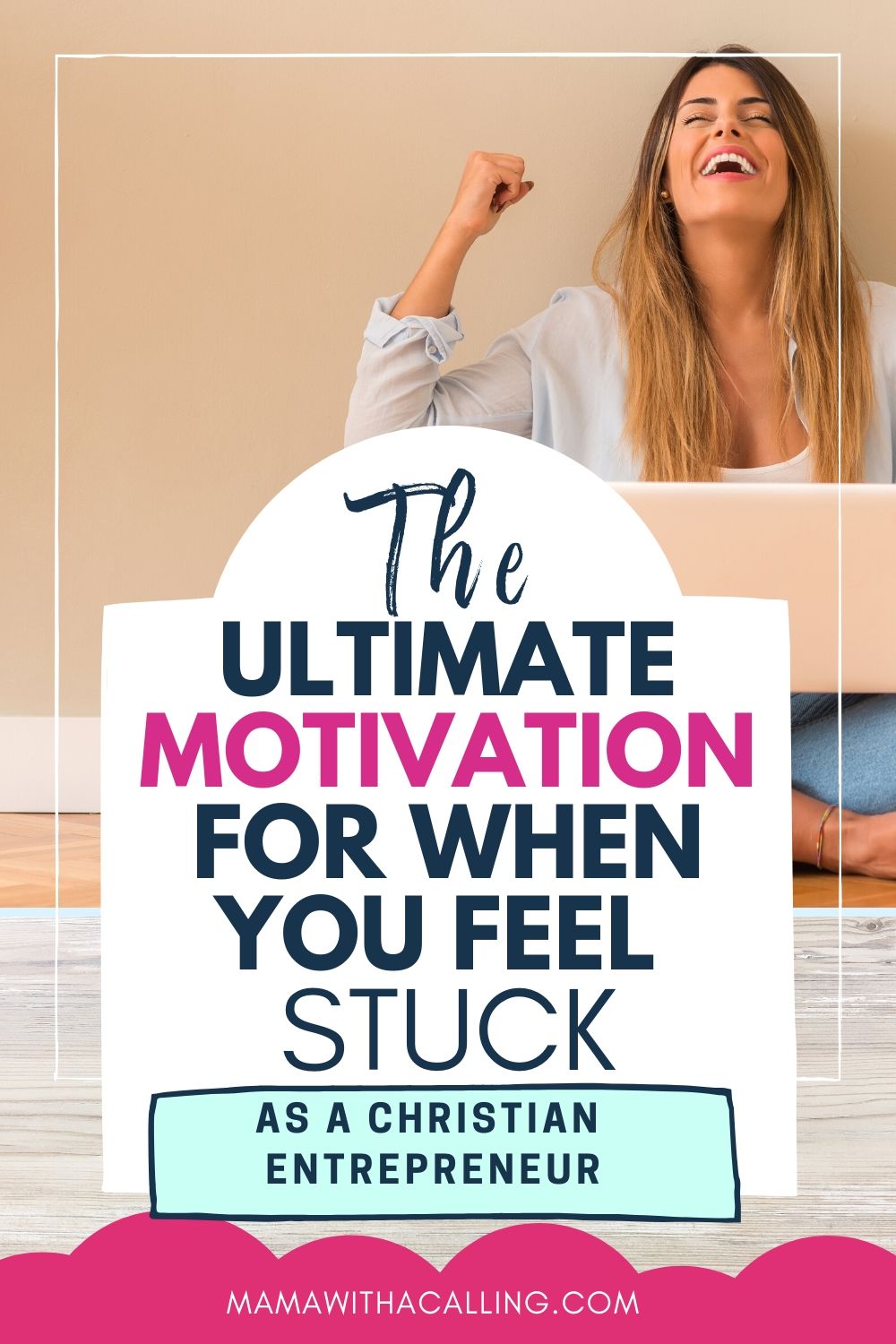 Moving through fear can yield amazing results on the other side

Have you ever noticed that when God asks someone to do something in the Bible, it’s typically a crazy idea?

It’s something that requires the person to do something way outside of their comfort zone and seemingly illogical ( just like how you feel this nudge to do that crazy, illogical thing in your business).

But when that person leans in and does it anyway, God does amazing things.

Let’s look at some examples.

Asking the fishermen to fish again after they’ve fished all night with nothing. The widow that literally gives Elijah her last bit of food when she and her son were going to die without it. Asking Moses to go to Pharaoh and tell him to set the Hebrews free.

Even though these requests felt impossible, when they listened to God anyway, some pretty awesome things happened.

The fishermen got so much fish that they almost tipped the boat. The widow had an endless supply of food for her and her son and literally survived because of it. Moses was able to free an entire people from years of slavery.

And here’s the cool part that I don’t think we ever stop to realize.

Think of the prayers that went answered here.

The widow and her son had probably been praying for a way out of their dire situation.

All of the slaves were likely praying day in and day out to just have this end. To be free from this awful situation.

Imagine if no one listened to what God was asking.

If the fisherman looked at Jesus and said “We’re the experts here, not you. We know that when we’ve fished all night it doesn’t make sense to try again.”

Or if Elijah hadn’t asked that particular woman and she had said no because it was illogical to give her last food to someone she didn’t even know.

Or if Moses just decided that he wasn’t going to do something so bold as to approach the pharaoh like that.

The prayers wouldn’t have been answered. Being willing to hear what God was asking and then actually doing it yielded the answered prayers.

Now, you might be thinking that your blog post idea can’t possibly be as important as any of these stories, but God has a plan for everything, including your blog.

Sharing the message on your heart, in the way that represents who you are, has the potential to impact people in a way you can’t even imagine. The ripple effect is big here.

What will people think? Will it bother some people?

But God literally put it on my heart. I’ve been working on trying to lean in when God puts messages like this on my heart, so here it is.

I hope that you’ll lean in and do the thing God’s asking you to do as well.

You never know how God is going to use it. Who is waiting to hear it. Who it can impact in ways that you can’t even imagine.

Want to remember this for later? Pin it to your favorite board.